By Mike Bonifer 3 years ago
Home  /  Creativity  /  The Overproducers 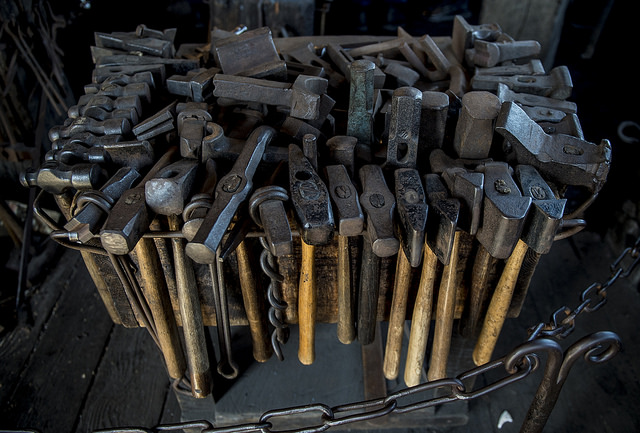 I first know Kina as our receptionist. One day my friend, Nina, tells me Kina was The Next Big Thing at Dreamworks Music. It was a huge deal when they signed her, she says.

What happened? I ask Nina [about Kina].

Nina shrugs. I know what she means. Dreamworks Music folded and Kina’s our receptionist. End of story.

Later that day, I find Kina’s music on YouTube — the song that earned her a following and brought on the Dreamworks deal — Girl From The Gutter.Wow! How strong and certain her vibe, her voice. How defiant she is of any authority but her own. She transcends her setting by shining her light. She is a star! And here she is, sitting here in our midst like like some switchboard Cinderella.

You know Kina?! gushes my friend, Stephen, an actor from New York, when I ask him if he’s heard Girl From The Gutter. Girl is the queen of it all! he proclaims.

I thought you were the queen of it all, I say.

I was, he says, until Kina came along. Then it was ovah!

When I see Kina for real, in the light of her calling, we begin visiting at the office, talking shop. She gives me a demo of the songs she recorded for Dreamworks Music. I play them while driving. As I listen, I get sad, then a little pissed off. I hear what happened. The mix. It’s a crime. Buries her powerful voice like it’s a third chair flugelhorn. Like it’s a treasure Dreamworks doesn’t want dug up. They took what was distinctive about Kina’s voice and filtered, honed, equalized, compressed and polished it — until the magic got produced right on out of it. Death by a thousand hugs.

David Geffen and Dreamworks Music overproduced Kina, and, ironically, they probably did it out of care and concern. It wasn’t the sole source of their demise as a music label, but chronic overproducing, which included a logo designed by Roy Lichtenstein, and a super-swank, overpriced redwood-heavy office in that well-known home to scrappy start-ups, Beverly Hills, was surely a factor.

Overproducing Kina’s album cost Dreamworks its investment, and sent her sideways in her music career [though I don’t think anything will ever stop her].

An artist friend who designs movie posters for a living tells me that one piece of key poster art can have over 300 layers in it. 300 layers of what? I didn’t have to ask. I could tell by his tone:

Justifications For My Position

And ultimately, where both audiences and content creators are concerned–

Layer upon layer of Who Gives a Shit.

Movie trailers that jam the entire film’s story into two minutes are a form of overproduction. How so? The story having been, basically, told, all’s that’s left for the audience to experience is more of the same. In other words, overproduction. And so, the story becomes an elongated trailer. A movie about itself.  All the beats in the trailer, plus 60 more just like them. Meanwhile, the story stagnates. Quits moving. This is where movies get the Act Two blues. Nothing happening except stuff that’s happened before. Only this time with more aliens, or blood, or zombies or Drunk Naked Will Ferrell. Whatever.

One evening last week, at [bigSTORY co-founder] Jeremi’s house outside Austin, ‘Mr. Joshua,’ a musician/schoolteacher in his twenties who’s house-sitting for a neighbor, comes by. Brings his guitar.

After awhile, he un-cases the guitar, a classic Martin, and, quite politely, only picks at it softly, as punctuation during a wide ranging, wonderful, wine-lit conversation that the three of us have by Jeremi’s pool. I notice that his playing, even while idly strumming, is technically perfect. He never misses a note. Not one buzz or squeak, which is really, really hard to do on an acoustic. Even a Martin.

It is after midnight when Mr. Joshua, at Jeremi’s insistence, plays us a song.

We are sitting fewer than a hundred yards from the back entrance to Willie Nelson’s ranch in Spicewood, and as Mr. Joshua sings, I can’t help but think of Young Willie. His voice sounds earned, roadhouse dues paying off as Hill Country blues. His singing echoes like a bittersweet memory through the patio and the pool, and out across the Pedernales River in the moonlit distance. It is a perfect Austin music moment.

The next day, on our way to the airport, Jeremi plays me Mr. Joshua’s studio-recorded version of the song he’d sung the night before. Oh, no! The sadness comes like word of a friend’s accident. I remember Kina. Whatever made the song so special the night before has been buried in the mix like the exhaust from a Volkswagen.

He replaced his guitar with a banjo! Nothing against banjos, but Mr. Joshua only needed a couple of tracks to back up his hard-earned voice, and a banjo wasn’t one of them. His voice and his guitar-playing are where his equity is, and the studio mix, ten or twelve tracks deep, with a banjo leading the way, has only diluted it.

Jeremi shuts off the studio version, and we play my iPhone recording of the song from the night before. Multiple times we play it. So much better, we agree.

I’m going to suggest he do an Unplugged version, Jeremi says.

Just because you have the tools doesn’t mean you have to use them. Don’t dilute your equity by overproducing your shit.

There is a distinction made in blacksmithing, cited by my mentor, David Boje, regarding the tools in a blacksmith shop [Boje is a blacksmith, as well as being a world-renowned scholar on organizational storytelling]. The distinction is between tools that are present at hand, and those that are ready to hand.

Tools that are present at hand are those that you have somewhere in your shop. They’re part of your vocabulary, so to speak.

Tools that are ready to hand are those that must be within reach for the work you’re doing right now. That you literally have to grab and use while the iron is hot. This is the vocabulary with which you’re telling your story now. Living it. Carpe dieming it.

Your process ought to determine what tools you’ll use, not the other way around. In terms of their communication strategies, too many companies get it backwards. Their tools determine their process. When every tool gets used on every job, the process goes along for the ride. Before an overproduced product comes a process that is just as heavy. Don’t overproduce! If you find yourself with three hundred layers in your design, a couple dozen tracks in your recording, or lots of information in your instructions, let it be there for purposes of editing, the way a sculptor knocks away pieces of a rock to realize the art inside.

Total Eclipse of the Story