Stories of the Standing Rock Sioux 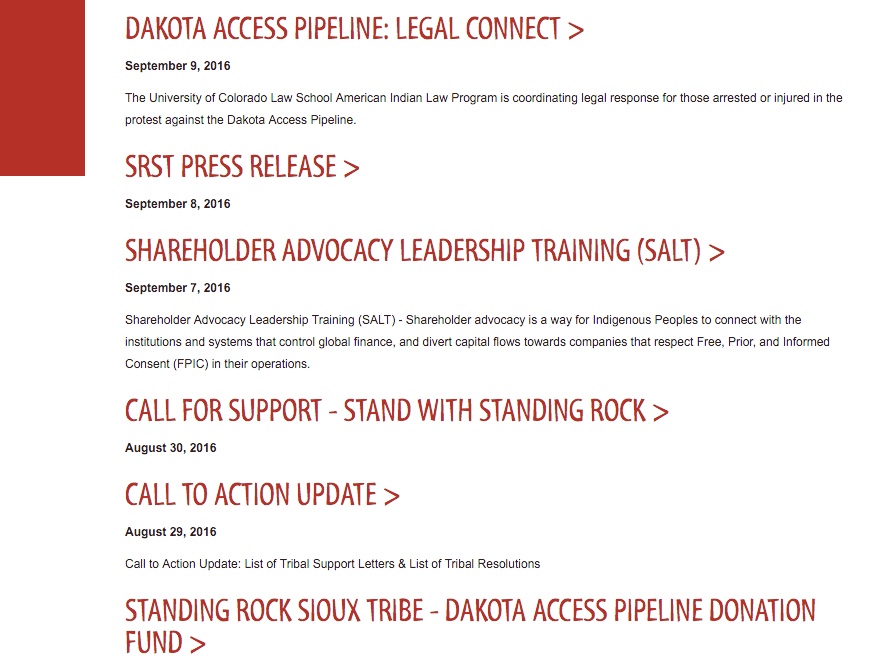 The Internet of Things, you say? As if it is a new concept. As if, until it’s enabled by silicon circuitry, it doesn’t exist. As if, until we have answered the question How many angels can dance on the head of a pin? angels haven’t danced anywhere. As if the circuitry, and the Internet of Things, did not exist before cars drove themselves, chairs recognized our butts, and robots fetched us our food. But it has existed, you see. And for a long time. The Internet of Things has been around since before any of us were born. Indigenous people have been reading the code in rivers, lakes, coyotes and snakes for millennia. Finding meaning in objects and animals through the stories they hold, the intelligence they store, and their relationships to one another. And only much, much later do money, technology and manufacturing catch up with this concept and claim it in their name, as The Internet of Things.

What about Things already coded with thousands of years of stories?  The rivers, lakes, coyotes and snakes? Is this not what money, technology and manufacturing are trying to do? Tell stories that make connections to and between Things? If this is so, then why ignore, and in our ignorance, dishonor, the code that’s already written? The stories already there.

This, for me, helps frame the current dispute in North Dakota between the Standing Rock Sioux Tribe and Energy Transfer Partners and their security forces. ETP are working with the Army Corps of Engineers to install an oil pipeline that will, say the Sioux, destroy or threaten sacred lands and natural resources precious to the tribe. What the dispute comes down to, I believe, is a clash between two different approaches to storytelling. One linear. One a spiral.

On one hand, ETP and the Corps have a linear story for a linear process. Get the crude oil from a well to a refinery. A to B to C. Beginning, middle, end. Three act structure, in which the Standing Rock Sioux and the pipeline standoff are the Act Two complication.  The straighter the line, the more economical, the better. In this approach, there is no story but this story. No outcome but the outcome that has been scripted.

For Native Americans, stories unfold in a spiral. The Earth is never not telling its story, and its story is one of infinite beginnings, middles and ends. To indigenous people, there is no such thing as one story, only a timeless flow of stories told by the Earth and its beings. A storyteller’s role is to reveal the stories already there. Already coded in the rivers, lakes, coyotes and snakes.

In the pipeliners’ process, and in a Western mind, stories are tied to time.  A group in power imposes a scripted narrative (We’re building the pipeline, come hell or high water!) on a population (You’re what?! Says who?), and from that point on, the present value of the story diminishes with time, and the cost of its maintenance grows. Because time has a money value, there is urgency about when the story will conclude. Western stories move on clock time. It also means that in the Western mind, a lie told at one point in time will become less significant over time, until it is forgotten. Untruthful stories diminish in present value over time, too.

In a Native American storytelling process, on the other hand, stories are not tied to time, they are tied to place.  Any story introduced to a place is in relationship to all the stories already there, already living in the land. It is not any one story, but the interrelatedness of stories that matters. Stories do not diminish with time, because they are not tied to it. They are tied to place. A lie told in a place stays in that place. And anyone or anything in that place, regardless of the passage of time, can be affected by the lie in meaningful ways.

Our colleague, Leroy Little Bear, elder in the Blackfeet nation and the founding director of the Native American studies program at Harvard, writes in the foreword to the book, Native Science, by another colleague, Gregory Cajete, a professor at New Mexico State University, who is Navajo:

The land is a very important referent in the Native American mind. Events, patterns, cycles and happenings occur at certain places…Each tribal territory has its sacred sites, and its particular environmental and ecological combinations resulting in particular relationship networks.

I can imagine what an insult it is to the Standing Rock Sioux to have outsiders like Texas oilmen and Army engineers bring guard dogs and bulldozers to impose their story on tribal lands. One story out of all the stories, and the same old story at that. I don’t care how much economic or rational sense it makes to the Western mind, such a story does not hold water for a Native American, because it is a complete rejection of how Native Americans experience the world, and the relationship they have with the land.

What this protest underscores, for me, is the importance, especially in multi-cultural environments, of creating what we call equity in a story. This equity does not only pertain to a story’s payoffs. In fact, a lawyer for the Sioux tribe said this week in a radio interview that compensation to her clients is not the issue. The core issue, says the lawyer, is that the tribe has had no meaningful voice in the story. The story has been imposed on them as a done deal. It has been a monologue, not a dialogue. So the Sioux are making it a dialogue.

The oil people and Army Corps, instead of co-creating a story with the tribe, came in with a story already written and packaged to sell. As if the Sioux tribal elders do not remember that this has happened before, with broken government promises leading to calamitous outcomes for the tribe. The Sioux response this time has been to make sure their voices are heard. As one Sioux woman, Verna Bailey, says in the NY Times story: I want to win someday.

For the Standing Rock Sioux, the lies have not gone away, they are still living in the land. The tribe’s work as storytellers is to reveal the lies and other stories living in the land, and their relationship to the well-being of the Earth. I think they’re doing an amazing job of that. 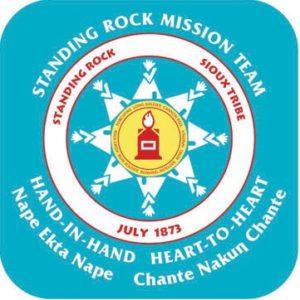